An international observer not familiar with the specifics of the U.S. political system might think that the more left-leaning party, the Democrats, would be especially popular with less fortunate economic groups. Consequently, Hillary Clinton, as the presidential candidate of the Democratic Party, should have been most successful in areas where more poor people live. This means that poor areas should be blue (Democrats), and rich areas should be red (Republicans). However, this is not what we observe in the actual election results by county: 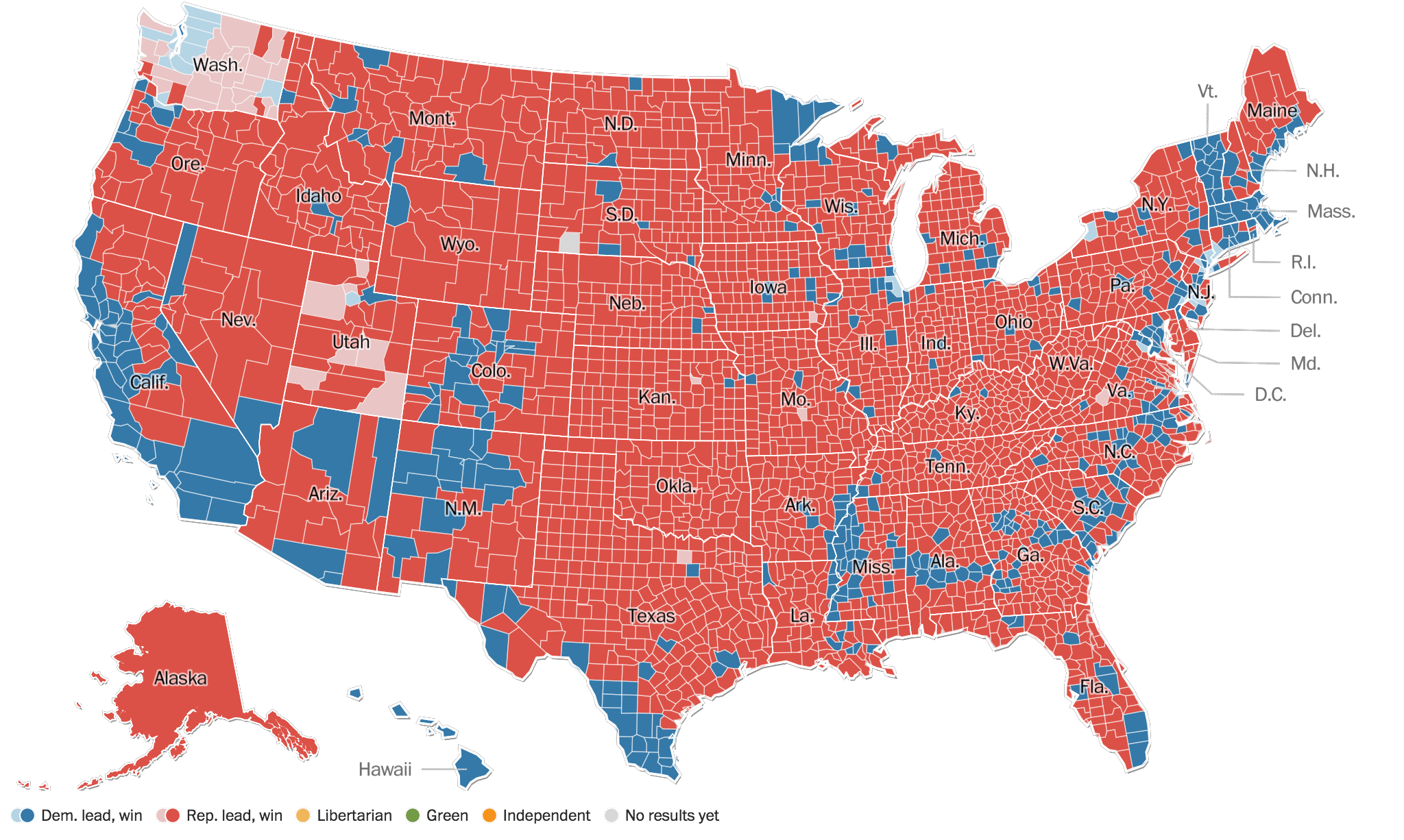 Juxtaposing the two maps reveals that it was the Republicans who won in the poor areas, and the Democrats who won in the rich areas (the exact opposite of what an international observer would expect.) This highlights the problem that Bernie Sanders pointed out in the New York Times, namely that the Democratic Party should “[…] become a grass-roots party of working people, the elderly and the poor.” Even more astounding is that the fact that the red-blue pattern of counties won has not substantially changed over the last few elections.